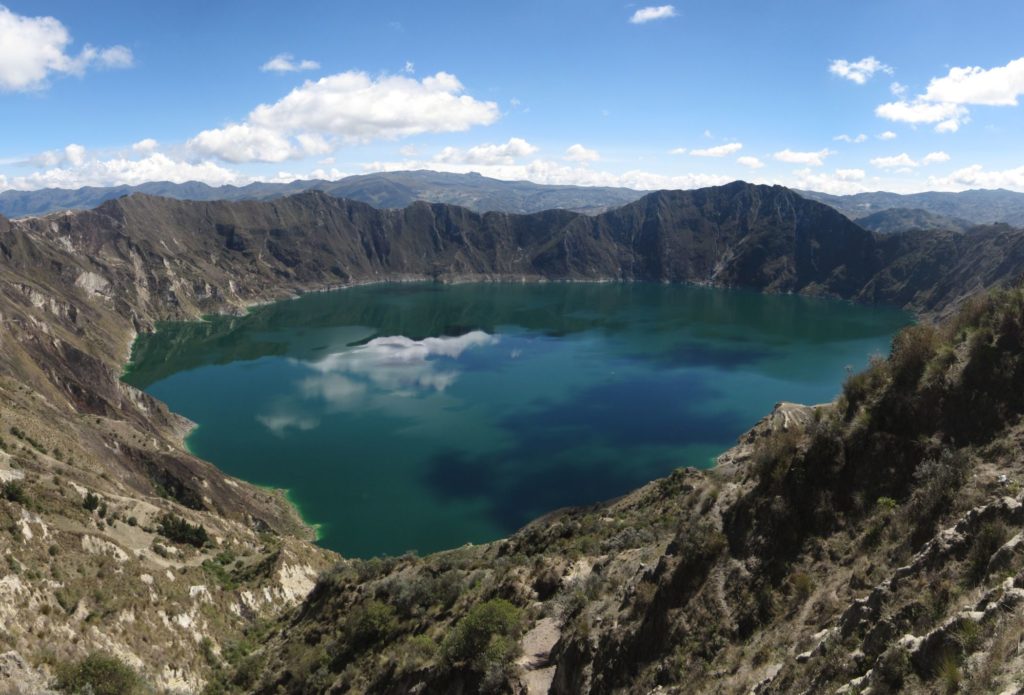 We have exciting news!!!  Our Synergia project will be funded by the Swiss National Science Foundation!

This project will help scientists to better understand the impacts of large volcanic eruptions on the Climate System and their effects on human societies. The project hasn’t started yet but If you want to know more about our research questions, feel free to read the abstract below:

CALDERA – EffeCts of lArge voLcanic eruptions on climate and societies: UnDerstand the impacts of past Events and related subsidence cRises to evAluate potential risks in the future

Large explosive volcanic eruptions can inject massive amounts of sulphuric gases into the stratosphere. Sulphate aerosols – produced in the stratosphere by the oxidation of these gases (mainly SO2 and H2S) – can sub-stantially perturb Earth’s radiative balance and lead to a cooling of the troposphere and surface temperatures at timescales of months to years. Volcanically induced cooling was held responsible for crop failures and the subsequent rise in grain prices, and to thereby contribute to subsistence crisis and famines. The explosive erup-tion of Tambora in April 1815 – the largest event of the last 500 years – yielded strong evidence for a causal links between extreme weather experienced in 1816 in parts of the northern hemisphere (year without summer), poor harvests, a sharp rise in grain prices in Europe and America and the last great subsistence crisis of the Western world. It is often assumed that such consequences are unlikely to occur in modern societies as globalized food trade networks and disaster relief can offer a collective response to modern crises. Yet, one only needs to consider the catalogue of recent famines that have afflicted many parts of Africa, and the slow and often ineffective international response, to find ample evidence that modern societies are in no way immune to potentially catastrophic impacts of major volcanic eruptions. As no “Tambora-scale” eruption has occurred during the 20th century, we lack experience of potential impacts of high-magnitude eruptions on modern societies. This lack of knowledge –in terms of spatio-temporal climatic impacts and societal abilities to respond to such disasters – calls for in-depth transdisciplinary research.

The key aim of the CALDERA project is to document and reconstruct the spatio-temporal impacts of past major eruptions in unprecedented detail with proxy records and climate models. It also aims at providing state-of-the-art climate projections (i) to quantify impacts of future eruption scenarios on crop yield and global food security (ii) and to assess whether future, major eruptions could mitigate global warming, or instead generate persistent climate instability. CALDERA will thus substantially improve our knowledge of the impacts of volcanism on temperature and precipitation anomalies by employing (a) recently unearthed historical archives, (b) unprecedented, millennia-long tree-ring datasets (spanning 7000 yrs) of wood-anatomic parameters (c) in combination with a tailored processing of PAGES 2k global datasets. This benchmark data will be used to (d) calibrate microphysical/climate models to more realistically simulate the cooling and hydroclimatic anomalies induced by those 28 eruptions of the last 2000 years being at least as big as the Pinatubo event in 1991. In addition, the project will (e) determine the role of volcanism in the transition from Medieval Climate Anomaly to Little Ice Age climatic regimes, and (f) examine societal impacts and responses to volcanically induced climatic anomalies in these periods using historical archives. The calibrated climate model predictions will then be (g) employed to simulate a suite of future “Tambora-scale” scenarios to provide the climatic input data for statistical crop yield models and to document the effect of volcanic activity on agricultural production, (h) its likely impacts on global food systems and trade, as well as on (i) water and energy (in line with the water-energy-food nexus). The key strength of CALDERA lies in the systematic, transdisciplinary coupling of approaches and generation of unique, high-resolution datasets to better understand the effects of past, massive volcanism, but also to comprehend and forecast environmental and socio-economic impacts of future volcanic disasters. In addition, the synergetic efforts of the CALDERA consortium will generate breakthrough outcomes which could not be reached by individual teams and within separate disciplines.