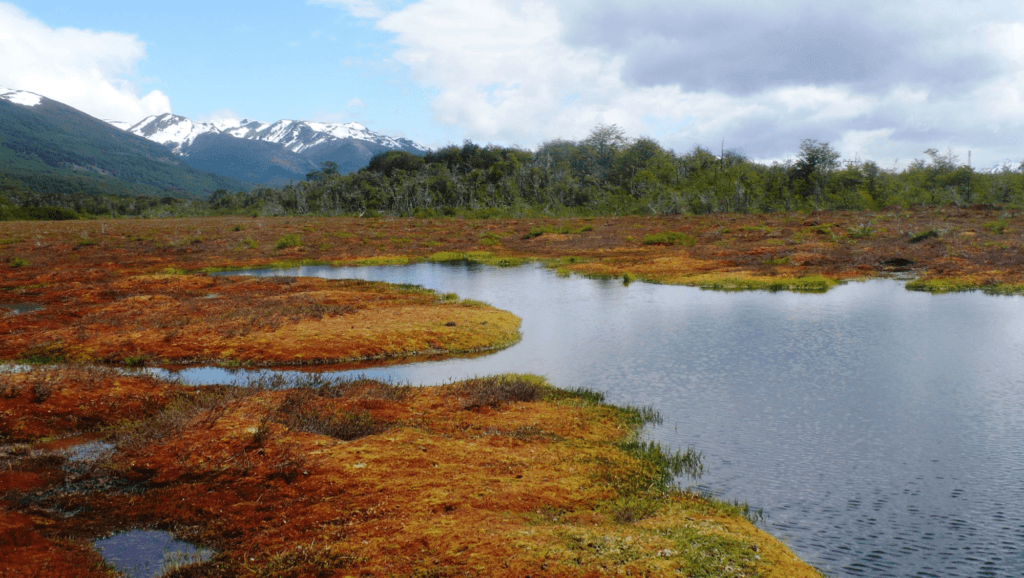 We have good news!! We have just received the confirmation that the Swiss National Science Foundation will fund our TURBERAS project. If you want to know more about this exciting project feel free to read the abstract below:

The anticipated impact of ongoing and projected future climate changes on ecosystems and societies is a crucial concern that requires detailed understanding of the climate system in general, but also natural climate variability and its forcing mechanisms in particular. A suite of paleoclimate reconstructions has advanced our understanding of climate dynamics over much of the Holocene, mostly in terms of temperature variations. By contrast, it is quite striking to see how little we still know about past hydro-climatic changes, mostly because of a persistent scarcity of annually resolved proxies that has so far prevented an extension or densification of annually resolved, hydro-climatic reconstructions across major parts of the Holocene.

Subfossil trees from peatlands of Northern Europe and Scandinavia have been shown to be sensitive to changes in hydro-climatic variability. Paradoxically, however, the resulting tree-ring series could not be used so far to quantify the amplitude of moisture changes at the annual scale. This was due to the fact that peatland trees, in contrast to trees growing on mineral soils, show more complex, often weaker, and clearly site-dependent responses to monthly temperature and precipitation changes, with the latter presumably reflecting a multi-annual synthesis of moisture variability and water-table changes related to a hydrological lag in peatlands. Here we hypothesize that our current understanding of past hydro-climatic variability would benefit quite substantially from a systematic coupling of different, peat-based proxies – such as testate amoebae, diatoms, pollen, non-pollinic microfossils, tree rings – with different temporal resolutions.

Based on the above considerations, the TURBERAS project has four key objectives that will be addressed in two case study regions in Estonia and Sweden: (i) augment the pool of existing, moisture-sensitive peatland tree-ring width series in the case-study region; (ii) understand and quantify hydrological lag effects recorded in tree growth following changes in precipitation and water-table fluctuations using automated dendrometers, cell-wall thickness and isotope measurements; (iii) develop transfer functions between the tree-growth parameters identified under point (ii) and climate variables by taking account of hydrological lags; (iv) based on point (iii), reconstruct climate using a multi-proxy approach in which other, existing peatland proxies (i.e. testate amoebae, diatoms, pollen, non-pollinic microfossils,) are used to add the middle and low frequency signals to the annually-resolved tree-ring records. The key innovation of the project in terms of long-term hydro-climatic reconstructions lies in the diversification of tree proxies (tree-ring width, cell wall thickness, isotopes) and their systematic coupling with water-table-sensitive proxies such as plant macrofossil assemblages, testate amoebae and diatoms existing at the two case-study regions, but for the latter mostly with lower temporal resolutions. The proposed procedure uses three analytical steps: (a) a spectral algorithm with a Fast Fourier Transformation to decompose both the different proxy records and climatic matrixes into their low and high frequency components. After decomposition, (b) using the proxy matrix for each frequency component to reconstruct the corresponding band of climatic data over the Holocene. Finally, (c) assembling the two bands in one single band and back-transformation of results into original meteorological data using an inverse modeling procedure.

The TURBERAS project is designed in a way that should allow key insights into how woody vegetation in fragile wetland ecosystems evolves over time and into how tree growth is controlled by hydro-climatic fluctuations. In return, we also expect to provide reconstructions of past hydro-climatic changes for key periods of the Holocene.